What are Miami’s hot neighborhoods? Should you rent or buy? Here’s our 2018 real estate study 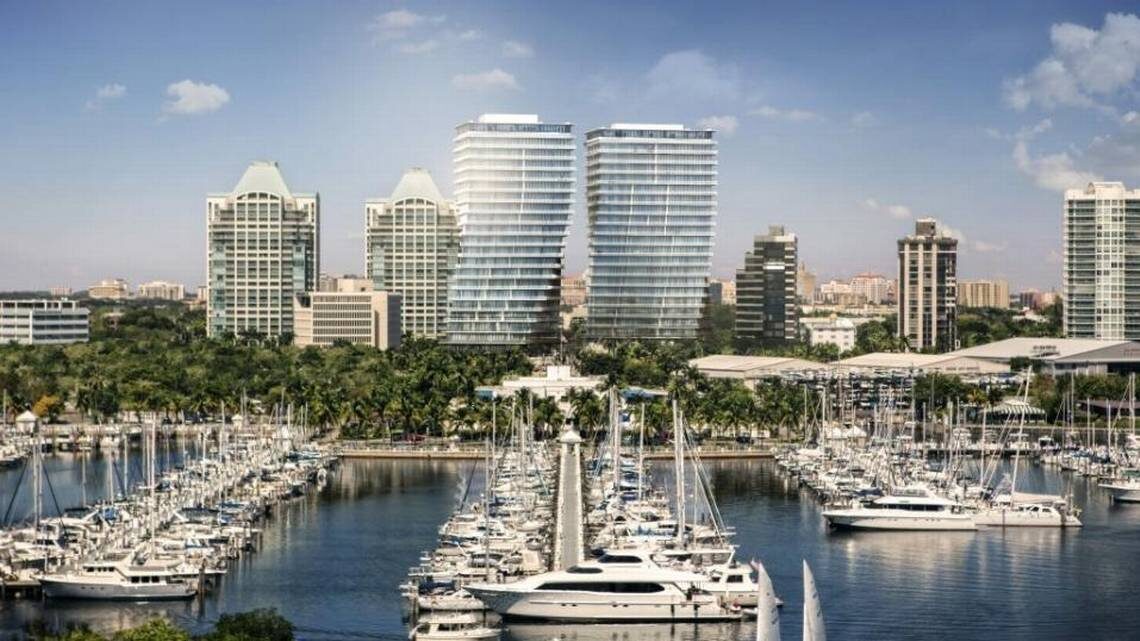 What are Miami’s hot neighborhoods? Should you rent or buy? Here’s our 2018 real estate study

For renters, Miami’s greater downtown area is the place to be. Budget-conscious home buyers should consider Homestead, Miami Shores and Kendall. Investors will want to pay attention to the Design District. Miami Beach remains popular, but watch out for inflated prices. And traffic has become one of the key factors when deciding where to live.

These are some of the findings of the 2018 Miami-Dade Real Estate Study, the fourth annual survey of the industry conducted by the polling/research firm Bendixen & Amandi International and the Miami Herald.

One hundred of the area’s top brokers, agents and analysts from all price points of the market were interviewed from May 1-June 1, 2018, to create an honest and credible portrait of the current state of the county’s housing market. Responses were confidential to ensure open conversation. The interviews were conducted in English and Spanish.

To reflect the current state of Miami’s real estate market, several of this year’s questions broke out renters and buyers. The roster of participants interviewed this year was expanded to include

“By including people who work outside the luxury market, this year’s study provided a more comprehensive overview of the state of the market,” said Anthony Williams, special projects director for Bendixen & Amandi, who has conducted the last four studies. “Parts of town were mentioned this year that had not come up in previous years.”

Here’s a rundown of the main takeaways from the report. You can read the full version here:

Miami-Dade’s housing affordability crisis is getting worse. More than half of the county’s families spend more than 30 percent of their gross income on rent — the third-worst rent-to-income ratio in the U.S. According to the Miami Association of Realtors’ June 2018 report, median single-family home prices increased from $335,000 to $355,000 year-over-year; it was the 78th consecutive month of growth. Existing condo median prices rose 2.1 percent, from $235,000 to $240,000.

The supply of homes and condos in Miami-Dade in the $200,000-$300,000 range continues to shrink, while the county’s 2016 median household income — the latest data available — was stagnant at $45,900, according to the Brookings Institution Metropolitan Policy Program.

Yet when survey respondents were asked to rate Miami-Dade’s affordability on a scale of 1 to 10, with 1 being not affordable whatsoever and 10 being very affordable, the aggregate average was 7 — a marked improvement from last year’s result of 4.6.

Analysts say the increased optimism reflects an oversupply of unsold condos and a growing number of new rentals buildings — two factors that should make sellers and landlords adjust their asking prices in order to remain competitive.

“You’re starting to see the repercussions of overbuilding,” said Peter Zalewski, founder of Cranespotters, a website that tracks condo development in South Florida. “The supply of rental apartments is going through the roof and as the cranes come down, rents are going to come down, too. And there’s a 32-month supply of condos in downtown Miami alone, so the only way you’re going to move a condo in this market is to lower your price.”

Daniel de la Vega, president of One Sotheby’s International Realty, said luxury properties are trading at 15 percent to 20 percent lower than their asking price, but they’re still selling. The firm brokered the sale of 311 single-family homes over $1 million in the second quarter of 2018, a 1.3 percent increase year-over-year from the first quarter of 2018. The firm sold 263 condos priced over $1 million over the same period. That was a 30 percent increase over the same period last year.

“You have seven months’ supply in the million-dollar single-family home market and 70 months’ supply at the over-$10 million range, so there’s a lot of inventory,” he said. “But these properties are still selling and the [luxury] market is going to continue to appreciate. It will just be at a normal pace, nothing drastic.”

Strong demand for mid-market homes (priced between $250,000-$600,000) explains why 51 percent of respondents expect that segment to appreciate. Only 37 percent think luxury properties will gain in value.

According to the most recent residential market study by Integra Realty Resources, nearly 4,800 new rental apartments were completed from 2014-2018 in the Greater Downtown Miami area, most recently the 85-story Panorama Tower and the 34-story Square Station.

Another 5,062 units are currently under construction — and that number doesn’t include the large number of condos that will be listed for rent by their out-of-town owners.

This explains why Brickell, Downtown and Midtown were the top three locations chosen by respondents as the hottest areas in Miami-Dade right now for renters. For buyers, the top three hottest areas — Coral Gables, Miami Beach and Coconut Grove — were all outside the increasingly dense downtown core.

For the fourth year in a row, Miami Beach was once again named the most overvalued neighborhood, with a median price per square foot price of $520, according to Zillow. Brickell clocked in second at $497 per square foot, while the luxury enclaves of Sunny Isles Beach ($554) and Key Biscayne ($753) tied for third.

“Brickell has a majority of the properties that are condos,” a broker from Miami commented for the study. “They are always overvalued, because they are catering to offshore buyers.”

Homestead, where the median square foot price is $140, was deemed the most undervalued neighborhood. Miami Shores ($338) came in second, because its price is lower other areas with comparable housing stock and quality of schools, such as Pinecrest and Coral Gables. North Miami Beach ($237), Little Havana ($254) and Kendall ($226) tied for third.

“The increase in prominence of Miami Shores in this year’s study is the result of our inclusion of more downmarket sources,” Bendixen & Amandi’s Williams said. “Miami Shores is one of those neighborhoods that is in between price categories, so it was mentioned by brokers in both the luxury and non-luxury fields.”

Respondents chose Coral Gables as the place they would choose if they were in the market for a single-family home, and opted for Brickell if they were looking for a condo or apartment.

The Design District/Midtown were the areas most respondents said they would suggest to an investor or homeowner looking to make a good return on investment five years down the road, a reflection of the increasing attention the carefully curated neighborhood has been attracting

“Residential properties in [this area] remain very well priced, especially when you consider how the Design District is becoming a booming cultural and commercial destination,” said Dacra Development CEO Craig Robins, who has been developing the Design District since the 1990s. “Miami has few pedestrian friendly places that are urban and yet human scale. The chance to walk from your house to great restaurants, shops, museums all in a context of inspiring public

The percentage of cash buyers (31 percent) and mortgage buyers (47 percent) stayed nearly identical from last year’s results, continuing the radical change from 2015, when cash buyers represented 68 percent of the buyers and mortgages made up only 14 percent.

Mike Pappas, president and CEO of The Keyes Company, said the steady strength of home financing is reflective of current interest rates, which have ticked up to a national average of 4.5 percent for 30-year, fixed-rate mortgages but are still well below the pre-recession rates of the 1990s and early 2000s.

“We’re back to a more traditional model of real people buying, not just cash investors,” said Pappas. “Banks are more confident in the real estate market and are offering more options. As interest rates inch up, that motivates fence-sitters who might be holding off on buying a home to jump in now before they get any higher.”

Despite last year’s Hurricane Irma scare and the growing concern over South Florida’s vulnerability to sea level rise, 69 percent of respondents said Miami’s close call with a Category 5 storm did not impact the level of importance their clients place on climate change. Risingwindstorm insurance rates and property taxes were much bigger factors in real estate transactions, with 61 percent of respondents saying they had a “high influence” in their clients’ buying decisions.

The Trump administration’s tax reform has also had a noticeable impact on the local market — both pro and con — according to 57 percent of respondents. One Coral Gables agent said the reform “made Miami one of the most attractive markets in the country in addition to the amenities that we already had to offer,” while an industry expert with the city of Miami said, “Foreign buyers are scared to invest here. Before they could without having to worry about problems with the administration.”

According to the study, foreign buyers represented only 26 percent of real estate transactions, continuing a steady decline from 2015, when they represented 56 percent of buyers. The percentage of local buyers grew to 43 percent, up from 11 percent in 2015. Out-of-town buyers accounted for 18 percent of buyers, with the majority of those coming from New York.

Henry Torres, president and CEO of The Astor Companies, said that although the pre-construction buyers overall at his Merrick Manor condo development at 4200 Laguna St. are 60 percent foreign, this year’s buyers have been predominantly locals, with foreign buyers “few and far between,” he said.

“We used to have a big influx from Venezuela, but that has slipped to practically nothing,” Torres said. “We’re focusing most of our marketing in Pinecrest, Coral Gables, South Miami and out-of-town U.S. buyers.”

The most important variable on all real estate transactions in Miami-Dade? Traffic congestion, with 75 percent of respondents saying it influences decisions “a lot” and 12 percent saying “somewhat.” Only 4 percent said “very little” and 9 percent said “not at all.”

The perpetual gridlock may be one of the biggest contributing factors to the booming population in downtown Miami. Mika Mattingly, executive vice president at Colliers International who launched the firm’s Urban Core Division, said that some of the biggest development projects in the works in Miami-Dade — such as Moishe Mana’s ongoing $350 million assemblage of properties in Wynwood and along Flagler Street — are proof of the confidence developers have in the downtown area, where a growing number of people are ditching their cars altogether.

“Moishe is building a community there where you wouldn’t need to leave unless you wanted to,” she said. “Almost everyone who works in my office is between 20 and 27, and they don’t want to have to get in their cars. They want a real community — not just one big street like Lincoln Road — and you’re already seeing that come together. You go to the downtown Whole Foods at 8 p.m. and it’s like a bar in there, it’s so busy. You can walk to bars and restaurants. You can stroll down the street and see your friends. Daniel Peña [director of Stambul Construction] is turning the historic Old U.S. Post Office into an entertainment complex. Traffic is brutal, it’s everywhere, and it’s changing Miami.”